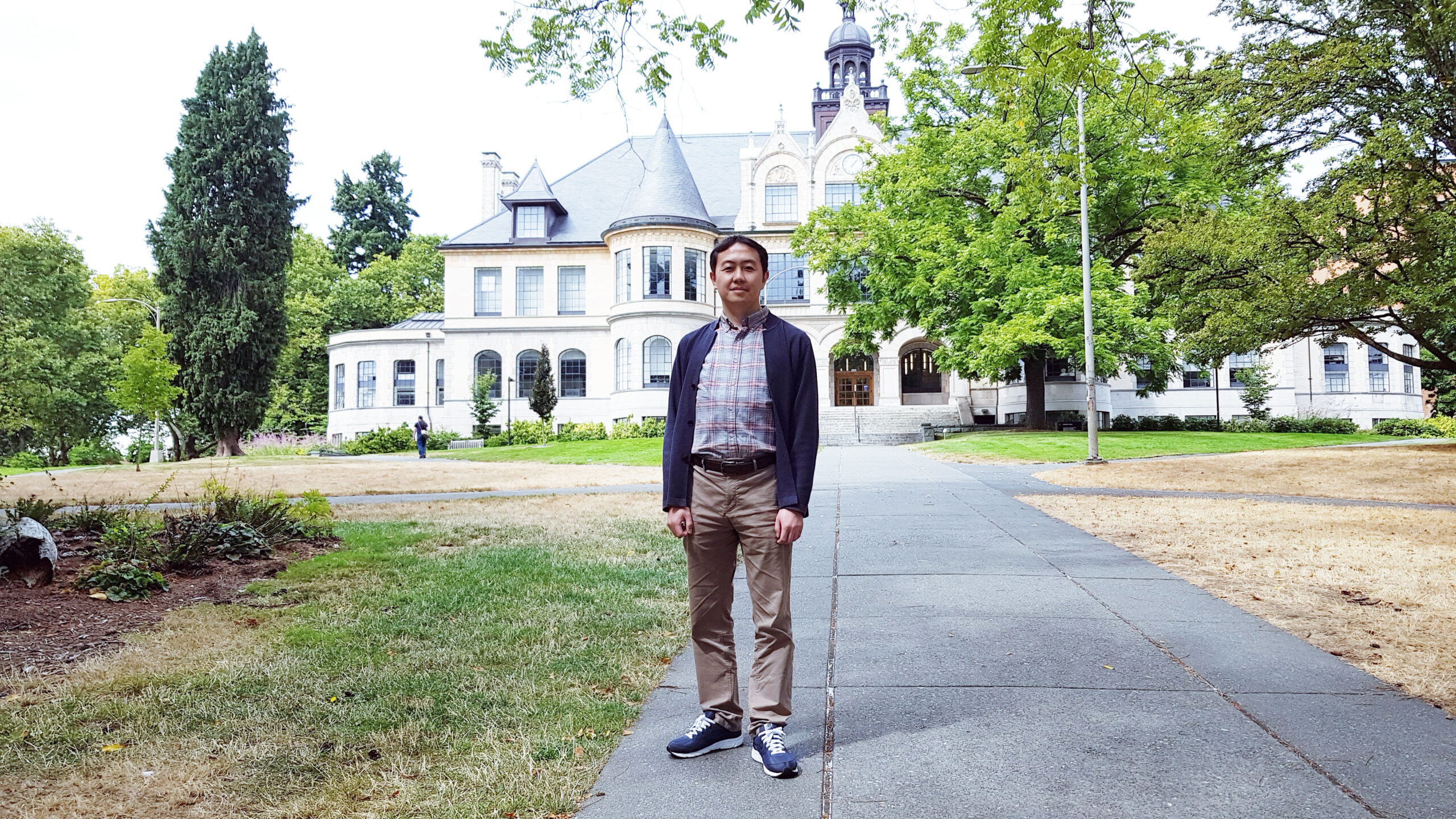 As a visiting scholar in the Department of Urban Design and Planning, Chung Ho Kim has three goals: reconnect, research, and refresh.

Reconnecting to Seattle and the University

Chung Ho first visited Seattle and UW in 2005 at the recommendation of an advisor from the University of Pennsylvania, where he was studying on exchange from Seoul National University. “I visited UW and saw how beautiful the campus was. It was May when Seattle is so beautiful. I had a great first impression.”

After completing his master’s at SNU, Chung Ho spent six years as a professional architect in South Korea, before ultimately returning to the University of Washington in 2011 to pursue his PhD. While here, he and his family got to experience all that Seattle and the University had to offer. And by the time he completed his degree, Seattle had become a second home.

Now back at the University where departments have largely returned to in-person operations, Chung Ho hopes to reconnect and meet with UW faculty and fellow alumni. In fall quarter of 2021, he audited two classes from his advisor Dan Abramson, Professor of Urban Design and Planning, who invited him to give several guest lectures of his own on urbanism in Korea.

Chung Ho comes to the University of Washington from the University of Seoul, where he teaches as an Associate Professor in the Department of Urban Planning and Design. As a visiting scholar at UW, he continues to pursue his research focus, which centers on the Korean New Village Movement of the 1970s.

Also known as Saemaul Undong, the New Village Movement was an initiative introduced by the Park Chung-hee administration to develop South Korea’s rural sector. The movement utilized a ‘choose and concentrate’ method, providing resources and support to a select few industries and development areas. Chung Ho’s research looks at this movement through a framework of social-ecological resilience to investigate the community resilience of rural villages in the 1970s.

His findings suggest that the movement, in its focus on rapid infrastructure development and urbanization, led to diminished self-sufficiency within rural villages. They also suggest that while the movement contributed to reforestation efforts on a local and national scale, there emerged a simultaneous global consequence from increased dependence on foreign resources and energy. Chung Ho is currently writing a book – the first of its kind – on this research, which will be published in Korea.

In Seattle for just a year, Chung Ho looks forward to rekindling the curiosity and wonder that characterized his PhD days, to leaving behind the special considerations that come with being a professor and focusing on his own research and learning. “I bought a tumbler from Starbucks and went to Suzzallo Library, where I would study for a long time [as a PhD student]. This was good for me. In Korea, I have my own office and responsibilities to my students and school; now that I am back at the University, I can just pursue my scholarly work.”