Professor Dan Abramson explains the shortcomings of individual property buyouts as a response to flooding and other climate disasters that necessitate relocation. He instead suggests shifting the focus of such programs to collective aid. | Mother Jones

END_OF_DOCUMENT_TOKEN_TO_BE_REPLACED

Associate Professor Rachel Berney and colleagues present a comparison of Covid-19 street reallocation projects in Seattle, WA, and Vancouver, BC.

“We are transforming our community while remembering and recognizing our strong connection with our shore.”
Senior Instructor Bob Freitag published a paper, “Exploring a Community’s Quest for Resilience: Struggling with Past
Plans,” for the National Hazards Review.

Professors Anne Vernez Moudon and Qing Shen
worked in partnership with the PSRC to show how
remote workers’ transportation, work and other
lifestyle habits changed during the first several
months of the pandemic.

Professor Jan Whittington co-authored a report that was published by
the World Bank in partnership with the City Climate Finance Leadership
Alliance, “2021 State of Cities Climate Finance,” calling for an urgent
increase in funding for climate action in cities.

There are just over 100 hotshot firefighter crews in the United States. They’re part of U.S. Forest Service’s elite firefighting team, a group of specially trained professionals that fight fire in some of the most extreme conditions. During fire season, they work an intense schedule, staying on-call for 16-hour days, for 14 days straight, for about six months a year.

In the off-season, hotshots work to keep up their endurance and stay fit. Some also choose to take on other challenges outside of firefighting. Will McKinney, for instances, is earning a master’s degree in Infrastructure Planning & Management from the University of Washington.

Will, who just finished his eleventh Hotshot season, says the MIPM program was a no brainer.

“I came to the realization that if I stay in firefighting, hotshot is [where I want to be],” Will shared. But it’s a really hard lifestyle and the physical labor made me realize I need something else – year round work. How can I use my fire experience so I can grow in another direction?”

One of the biggest challenges for anyone balancing a career and school is finding time to study. It takes creativity and the right team to create a personalized plan. Part of the strength of the Department of Urban Design and Planning’s two-year, part-time, online graduate degree is the flexibility of the program. MIPM can often be tailored to the individual student, regardless of situation.

Will reached out to the department’s academic director, Wendy Freitag, before enrolling. He shared his job, schedule, and goals, and together, they came up with a way to customize the program so Will could earn his master’s.

Fire season can be unpredictable. If it starts early or runs late, Will has to put his studies on hold, take an incomplete grade or work double-time to catch up. What’s more, there are no breaks in fires. Will says major fires are now back-to-back-to-back.

“‘Fire season’ is now a ‘fire year’ because there are so many big, destructive fires outside the season.”

Resources, including the number of firefighters available, are limited. That puts stress on crews and puts more land in danger. “We have fewer ‘slow’ years and we don’t have the resources to fight the more difficult fires.”

During fire season, Will keeps in touch with his professors and program administrators so they’re aware of his situation and whether he’ll be able to start classes on time. Will says the availability of UW’s faculty and staff, the ability to accommodate a non-traditional work schedule and the quality of education make UW’s program stand out among other online programs.

Will took the advice of a friend and got certified as a firefighter. He was drawn to a job that required physical fitness and teamwork. In 2006 he started firefighting on what’s called a Type 2 team. These teams focus on fire suppression and fuels management. It’s been go, go, go for Will ever since. “I applied; the next week I was working, and two days later, I was at a fire.” Soon after, he applied to be a hotshot.

The federal government established hotshot crews in the 1940s to fight fires in Southern California’s Cleveland and Angeles National Forests. The hotshot teams work in the hottest part of the wildfires. They are trained to handle the strategic and tactical aspects of firefighting.

Looking to the future

Will says he’s seen a lot of change in the time he’s been on the job. “The way we engage fire has completely changed. The old way was to put every fire out. Now, fire is so intense that we just can’t do that,” he explained. He says teams are looking at how they manage fire. They even use it as a tool through prescribed burns. This subsequently decreases the amount of underbrush and other material that feeds wildfires near communities.

“It’s not sustainable to put all the fires out. Some areas need fire so there’s less fuel, and when they do burn, it’s not so intense that we can’t put it out.”

Will hopes to combine this practical, hands-on experience with his master’s degree to build a future career. He says, “The cool thing about MIPM is that it exposes you to so many different realms. I haven’t decided which direction to go, but I want to use my knowledge of fire in some capacity along with what I’ve gotten from MIPM in planning.”

> To learn more about the Masters in Infrastructure Planning and Management Program (MIPM) program, visit the MIPM website.

Recently, students of the LCY Bellevue Civic Center Vision Development studio released their final report. Led by Professor Branden Born, these planning students joined nearly 300 of their fellow classmates across UW during the 2018-19 academic year. Together they collaborated with City of Bellevue staff on various projects. Ultimately, the goal of this collaboration was to develop ideas that could help advance the City Council Vision document. Subsequently, many projects focused specifically around livability and sustainability.

This planning studio explicitly focused on exploring and refining concepts for a connected Civic Center. The site of the proposed Civic Center is centrally located. Its adjacent to Bellevue City Hall, the new East Link light rail station, and the Meydenbauer Center. Most importantly, the new Civic Center would function as a hub of community activity in Bellevue. Additionally, it would create a place of grounding and community connection in a space that presently lacks these qualities. Generally speaking, Bellevue’s downtown core was not built to correspond to human scale. One key goal of this studio was to create a public space created specifically to welcome people to Bellevue.

To begin with, students developed an analysis of the site. Next, they investigated case studies from around the world. Finally, they created different design alternatives to present to the City. The three student teams developed their designs with attention to one of three different core values:

In conclusion, the comprehensive report includes the student’s findings, and ultimately key recommendations for developing the site. These recommendations by and large propose innovative ways to fully integrated the Civic Center into the fabric of Bellevue’s downtown core. Ultimately, this plan will be used by the City to help generate new ideas and spark innovation around the possible future for this site.. 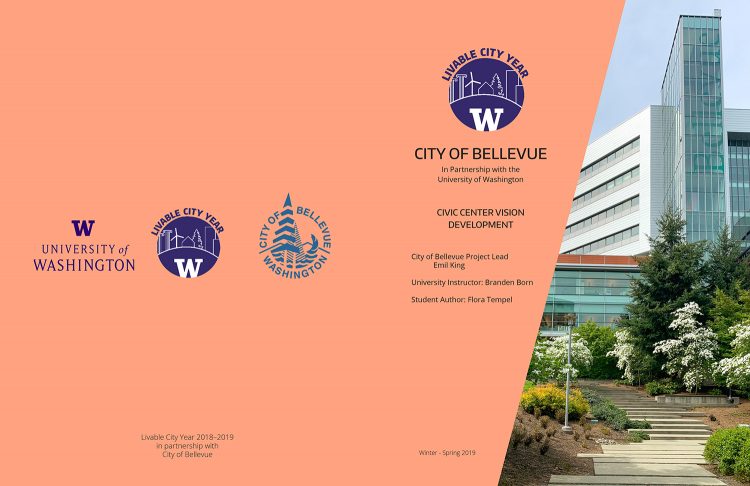 > To learn more about the Master of Urban Planning (MUP) program, visit the website here. 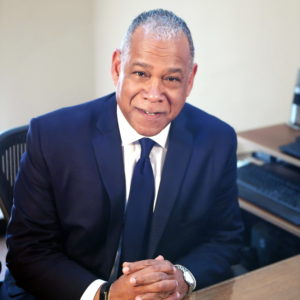 On January 29, 2020 Commissioner Mitchell Silver joined the Department of Urban Design & Planning for the winter quarter Professionals Council lecture. He presented insights from his 30-year career as a professional planner and international leader on contemporary planning issues.

Commissioner Silver oversees management, planning and operations of nearly 30,000 acres of parkland for the New York City Department of Parks and Recreation. His lecture, entitled “Planning for People”, spoke to the importance of centering planning work, particularly in the public realm, around communities:

As the country urbanizes and demographics of the American population shifts, planning and urban design is gaining greater importance to attain public health, social interaction and equity. However, equity has emerged as the new buzzword in the past decade. What does equity mean for the planning profession and how can planners implement it in the work they do? 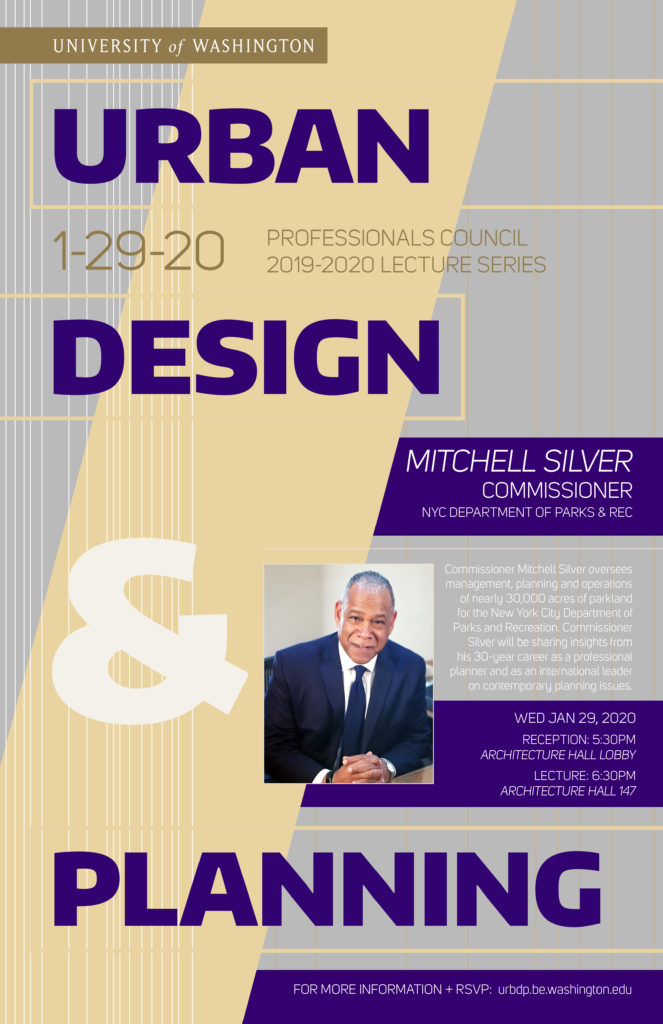 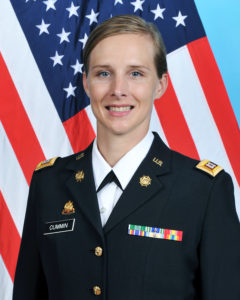 U.S. Army Captain Alyssa Cummin will soon complete her Master’s in Infrastructure Planning and Management degree. Just over two years ago Alyssa started her academic journey at UW. When she discovered the online MIPM program she thought, “This is a great opportunity and I want to get my master’s degree in an area that interests me instead of a standard MBA.”

Most MIPM students work regular 9 to 5 desk jobs while attending online courses in an asynchronous format. For Alyssa however, she has served her country overseas as a Captain in the US Army Reserves. She planned logistical training for African militaries in Nigeria, Somalia, Djibouti, Tunisia, Morocco, and Malawi. Twenty-eight months and many countries later, Alyssa is graduating with both rich academic and practical experience in critical infrastructure management. “The hardest part of this degree was identifying my capstone project,” Alyssa explained. Ultimately, Alyssa selected the logistics infrastructure of Africa as her topic.

For Alyssa, managing her time during the degree program while also working was essential. “I adopted new habits, Alyssa shared. “I know I work best in the mornings so I started waking up earlier than usual to complete homework prior to leaving for work and I took advantage of my lunch breaks to squeeze in homework time.”

Alyssa also volunteered as a high school swim coach over the past two years and enjoys training for triathlons. During this past year Alyssa completed her first Iron Man triathlon, finishing 3800 meter swim, 112 mile bike ride and a full marathon in 13 hours and 28 minutes. When asked how she was able to successfully complete the program despite all the deployments, travel for work, and physical training she said “I was surprised myself when I realized how much time there actually is in a day when we want to make the time to achieve our goals.”

Article researched by Morgan A. Zantua.

On Monday, November 11, we will be observing Veteran’s Day. We will honor the students, alumni, faculty, and staff in our department that have served in the military. Join us in thanking these individuals for their service, and for their continued dedication to bettering our communities and cities through planning and design.